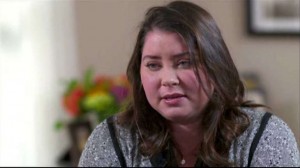 Brittany Maynard who was 29-years old ended her life according to someone close to her. Maynard was diagnosed with terminal brain cancer and had become the face for the death with dignity movement.

She took a lethal dose of medication prescribed through a doctor and died on Saturday, peacefully and as intended with her loved ones, said a statement that was released by the organization Compassion & Choices.

The group works to expand choices and improve the care of people who are near the end of their lives.

Maynard had been suffering from more frequent as well as longer seizures, neck and head pain and symptoms that were stroke-like.

As those symptoms became worse and worse she chose to make her dying process shorter by taking medication that is known as aid-in-dying she had received a few months ago, added the statement from the organization.

She had moved to Oregon from San Francisco with her husband since Oregon has a program of Death with Dignity.

There are over 9.3 million views of her video on YouTube.

She said she chose the date of November 1 to die with the medication received from her doctor.

Maynard said she wanted to celebrate her husband’s birth on October 30 and the pain with seizures was getting more and more difficult so she chose November 1.

Following her diagnosis in January of this year, she became an advocate for those with a terminal illness that have an option to end their lives on their terms.

On her Facebook page she posted on Saturday thanking all those who had helped her and expressed love for her family and friends.

She said goodbye to her family and friends and said she had chosen today to pass away because of her terminal illness.

Maynard is survived by; Daniel Diaz her husband; Deborah Ziegler her mother; and Gary Holmes her stepfather.

Oregon became the first state that made it legal for doctors to prescribe a drug that was life-ending for patients who were terminally ill and of sound mind. The drug must be swallowed by the patient without any help and it cannot be administered by a doctor.