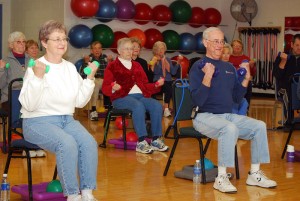 A new study just released this week in Paris says that exercise might be as effective for patients as some medications in lowering the risk of dying in stroke patients as well as in people that have heart disease.

Researchers from Stanford University, Harvard Medical School and the London School of Economics compared findings resulting from several studies into the effectiveness of drugs versus exercise in people who suffered from strokes, coronary heart disease, heart failure and pre-diabetes.

Results were analyzed from 305 randomized controlled trials that involved over 339,275 people.

The data did not find a statistically detectable difference between drug treatment and exercise in lowering the mortality for people who suffered from pre-diabetes symptoms and coronary heart disease, said researchers in the report published online.

In patients who suffered a stroke, researchers found that exercising was more effective that medications, while medications worked better in the treatment of heart failure.

Members of the research team urged that more trials take place to support their findings. While a key factor to have a long life and better health is exercise, most of the previous research focused only on drugs.

The researchers said the medical research increasingly seem to just support drug interventions instead of strategies to alter lifestyle.

Until more can be found out, exercise should be in consideration as a viable alternative to and even alongside all drug therapy, said the team in their report.

The medical literature available today tends to constrict doctors to just drug options, instead of prescribing exercise where this might be a more effective form of treatment.

The World Health Organization has stated that physical inactivity is the world’s fourth leading risk factor for mortality.