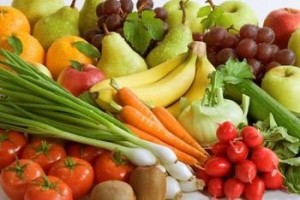 For women who are older, eating foods rich in potassium might lower the risk of suffering a stroke, found a new study.

Researchers studied over 90,000 women between the ages of 50 and 79 for an 11-year average. They looked at the amount of potassium the women were consuming from the natural foods within their diets. In addition, they looked at whether they had suffered a stroke or if they had died, while the study was taking place.

The results indicated that those women who had eaten the most potassium had a 12% less likelihood of suffering a stroke of any form than women who had consumed the least amount.

Those same women were also 16% less apt to suffer ischemic stroke, which is the most common form and occurs when an artery is blocked in the brain.

Vegetables and fruits are great sources of consuming potassium, said the authors of the study.

The link that tied intake of potassium with less risk of a stroke was stronger amongst women in this study who did not suffer from high blood pressure, said researchers.

Amongst women with high blood pressure as well as those taking medicine for that condition, those who consumed the most potassium recorded a lower risk of dying while the study was taking place, but the intake of potassium did not lower their risk of stroke.

The finding suggests that a higher intake of potassium might be of more benefit prior to someone developing high blood pressure.

Potassium is one of the diet’s most important nutrients, as it lessens the negative effects of consuming salt and prior studies suggest it might help to prevent the development of high blood pressure, which is big risk factor for stroke and heart disease.