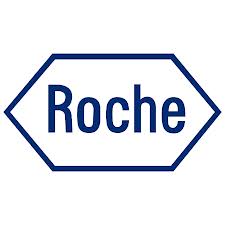 Roche has discontinued development of its new diabetes drug. The halting of the research could raise safety questions about the entire category of drugs, which includes blockbuster drug Avandia. Dr. Steven E. Nissen, the chairman of cardiovascular medicine at the Cleveland Clinic said, “I think it shows that the class of drugs has significant problems with toxicity, particularly cardiovascular toxicity.”

The Swiss pharmaceutical giant said that an independent safety monitoring committee recommended halting a late-stage clinical trial of the drug, aleglitazar. The committee made its recommendation based on “safety signals and lack of efficacy.” A spokesman for the company said the drug had caused an increase in fractures, kidney problems and heart failure in the trial. Dr. A. Michael Lincoff, vice chairman of cardiology at the Cleveland Clinic and the chairman of the study, said, “We are very disappointed.”

Aleglitazar was designed to treat cardiovascular risk factors like cholesterol as well as diabetes. Roche was testing the drug to see if it could prevent heart attacks and strokes in people with Type 2 diabetes. A successful test would have been considered a major advance against diabetes. However, Dr. Lincoff said the drug neither raised nor lowered the risk of heart attacks, strokes or death from cardiovascular causes when compared to a placebo. Many other companies abandoned efforts to develop similar drugs years ago after safety problems.

The federal Food and Drug Administration’s deliberations over GlaxoSmithKline’s diabetes drug Avandia could be influenced by the failure of aleglitazar, which works similarly. In 2010, Avandia was severely restricted in the United States and banned in Europe. There were fears that the drug could raise the risk of heart attacks and strokes, but last month, an advisory panel to the F.D.A. recommended that the restrictions be eased. However, some supporters of Avandia say that aleglitazar did not raise the risk of heart attacks and strokes and that is more evidence that Avandia does not raise cardiovascular risks either.