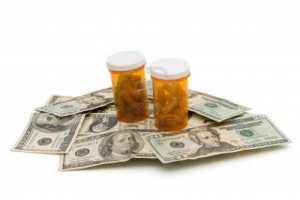 U.S. prosecutors have alleged that Novartis, the huge drug maker based in Switzerland, of giving physicians lavish dinners and trips for fishing and other excursions so the doctors would prescribe medications for medications produced by pharmaceutical giant.

The Swiss pharmaceutical giant said the monies were used to pay physicians to speak at different educational programs in the U.S. However, prosecutors said that many of those programs or meetings were held in restaurants such as Hooters.

Authorities in the U.S. said Novartis used the dinners and fishing trips to convince doctors to prescribe medications for hypertension, diabetes and other ailments.

U.S. authorities filed a civil fraud suit on Friday in Manhattan against Novartis. The suit claims that fishing trips to Florida and Alaska and dinners at Nobu in Manhattan were just a few of the special treatments Novartis offered physicians.

The lawsuit by authorities on Friday was the second in just a week that U.S. prosecutors have filed against the Swiss drug maker.

The claims by prosecutors have been vehemently denied by Novartis. In a statement released via email, Novartis said they would defend the litigation and said that the physician speaking programs have become commonplace and an accepted practice in today’s pharmaceutical industry.

Drug companies for many years have paid doctors to speak at meetings attended by other doctors to discuss new drugs the drug makers are promoting. However, authorities have scrutinized the payments made to doctors for the speaking engagements.

Nearly $65 million was spent by Novartis over a period of nine years ending in late 2011 claim authorities. The money was used at over 38,000 speaker programs during that period to promote their diabetes and hypertension medications.