Oxytocin Spray Could Be Used for Treatment of Obesity 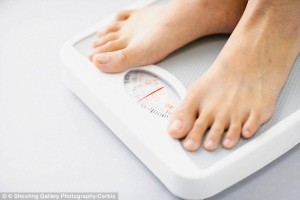 In nasal spray form, the hormone oxytocin might be used to help treat obesity. The spray lowered the caloric intake in men who were healthy, in particular the consumption of fatty acids following just one dose, says the results of a new study.

Oxytocin spray reportedly lowered the amount of calories men ate at breakfast following taking the oxytocin whether they had been overweight or normal weight.

The results, said the lead investigator of the study, are very exciting but further study is needed. However, the thought is that oxytocin is promising as a treatment for obesity as well as other metabolic complications.

The researchers also found that oxytocin helped improve metabolic measures like insulin sensitivity, which is the ability of the body to successfully clear its glucose from the bloodstream.

The nasal spray oxytocin, which Novartis manufactures, has been approved across Europe but not in the U.S. except for clinical trials.

Researchers enrolled 25 men who were healthy into this study, with the average age of each being 27. Thirteen of the 27 men had normal weight, while 12 were overweight or even obese.

Researchers randomly assigned the men to self administer one dose of the oxytocin spray or a placebo after fasting.

All of the men were unaware whether they had the spray or placebo. An hour later, the men were given breakfast, which they chose from a menu. Each meal had double portions. After the men ate, researchers measured the number of calories consumed by each man.

The men on average ate 122 fewer overall calories and 9 less grams of fat during the meal after being given the oxytocin nasal spray in comparison to those who were given a placebo.

Oxytocin was also seen to increase the use of the body fat for energy fuel, Oxytocin did not have an effect on appetite regulating hormones or self-reported appetite in the blood, said the researchers.

Therefore, how the oxytocin was able to affect the intake of calories is not clear, said researchers.