Outbreaks, Epidemics and Pandemics: Understanding the Difference Could Save Your Life 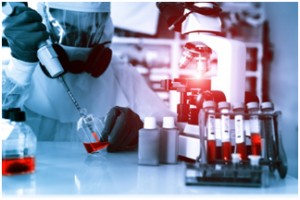 Recent headlines have been alarming, if not outright terrifying: An outbreak of Ebola, a virus that causes internal bleeding and leads to death in 90 percent of all cases, was spreading quickly throughout West Africa, with some of the patients returning to the United States for treatment. Meanwhile, travelers returning from certain Caribbean nations were reporting cases of Chikungunya, a mosquito borne illness that, while rarely fatal, causes extreme pain and weakness for several days or weeks. This is all in addition to local reports of increased cases of pertussis (whooping cough) and tuberculosis — and the impending flu season.

All of the reports of diseases that can spread quickly and wreak havoc on public health might have you wondering whether you are better off just staying home, and donning a hazmat suit every time you leave the house. While it might seem that public health emergencies are on the rise, for the most part, significant outbreaks of infectious diseases in the U.S. are actually far rarer than ever before. This is in large part due to vaccines and the efforts of public health workers, who work in a variety of public health fields to educate the public on how to best take care of themselves and avoid disease.

A large part of those educational efforts is clarifying the dangers and providing guidance for avoiding serious disease — and what to do if you suspect you have been exposed.

When the news of the recent outbreak of Ebola broke, many people immediately panicked, concerned that the virus could spread to the U.S. and sicken millions.

However, an outbreak of a disease does not automatically constitute a widespread public health emergency. In public heath terms, an outbreak is a larger than expected number of cases of a disease in a particular area or in a season. For example, during the winter months, most communities will experience at least a few cases of the flu. When more people than usual get the flu, though, or have a different strain of the virus than expected, the illness is considered an outbreak. In some cases, a single case of a rare or unknown disease is called an outbreak.

Generally, outbreaks can be contained and do not spread beyond a defined community, city, or county; the recent Ebola outbreak, for example, is largely confined to Liberia with limited cases in Guinea and Nigeria due to travelers. However, when an outbreak spreads rapidly and over a widespread area, it’s considered an epidemic. One of the most recent epidemics was the severe acute respiratory syndrome (SARS or bird flu) epidemic that took place in 2003 and killed nearly 1,000 people worldwide. Like outbreaks, epidemics exceed expectations, but on a much greater scale.

When an epidemic spreads well beyond a defined area and spreads globally, affecting a significant portion of the population, it’s known as a pandemic. HIV/AIDS is considered a pandemic, but new flu strains are usually most likely to be elevated to pandemic status. The most recent influenza strain to reach pandemic proportions was the H1N1 or “swine flu” in 2009, which killed more than 12,000 of the more than 60 million people who contracted the disease. H1N1 was far less deadly than previous influenza pandemics, though, which killed millions of people worldwide, thanks in large part to increased communication and awareness, better hygiene, and vaccinations.

When you hear about a public health emergency, whether a local outbreak of whooping cough or a new strain of the flu that gets people sick worldwide, it’s easy to panic. However, in most cases, some basic preventive measures can prevent illness.

Almost everyone gets sick at some point, and usually illness is minor and nothing more than an inconvenience. If you hear of a more serious illness going around, do not panic and pay attention to the public health information being shared. It might just save your life — or at least prevent unnecessary worry.