Not Just Calories Matter in Dieting 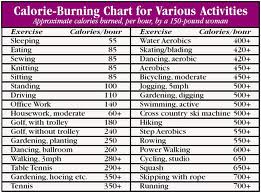 A new study indicated that the proportion of proteins, carbohydrates and fat eaten may help determine whether someone who losses weight is able to keep it off or if it will be just temporary.

A seven-month intensive experiment was carried out in which 21 people, both men and women, who were overweight, had their food intake strictly controlled. Researchers showed a traditional diet that was low in fat tended to slow the metabolism in the body down more than a high-protein diet did during the toughest period of weight loss – maintaining the weight once you lose it.

The study tends to add to the evidence that what a person eats is as key as how much a person eats. From a metabolic standpoint, all calories are not equal, said Dr. David Ludwig, the senior author in the study and a director of an obesity prevention center in Boston. He said that the quality of the ingested calories affects the quantity of the outgoing calories.

The majority of dieters cannot maintain their weight loss. Just 1 out of 6 obese or overweight adults say they maintained their loss of 10% of body weight for at least a year. Scientists are aware that weight loss is accompanied by the body’s metabolism slowing down. To test how different foods might have an influence on that, the researchers recruited the adults who ranged in age from 18 to 30. Between 2006 and 2010, the volunteers went through a number of controlled feeding programs.

Tests after the diets showed that individual’s metabolism slowed down at rest more than before weight loss, but during the day, the individuals burned over 300 more calories when they were on a low carbohydrates diet compared to one low in fat.