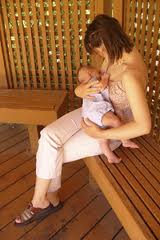 Mayor Michael Bloomberg of New York City and officials from the state are pushing new initiatives aimed at urging new mothers to give their babies’ breast milk. Many parents and others are criticizing officials for interfering with their own health choices. On Tuesday, health commissioners from the state announced that letters that highlight how important breastfeeding is were being sent out to hospitals, reminding the facilities of the regulations of limiting formula feedings for newborns who are breastfed.

The initiative from the state coincides with the mayor’s call to hospitals to hide their baby formula and urge nurses to encourage mothers of newborns to breastfeed. The mayor’s plan, which is slated to begin on September 3, the city will maintain a record of how many bottles each hospital stocks and uses. Formula would have to be signed out as if it was a medication.

Some women are very upset about the breastfeeding campaign of the mayor’s office. They argue it stigmatizes formula and interferes with the choice a mother has of what she feeds her newborn.

Many of the other health ideas of the city, including eliminating large-sized soft drinks and banning smoking in all public places have received similar criticism from those that believe the mayor wants to run a nanny state.

Current regulations say state hospitals can only provide formula to those infants with an indicated medical reason for needing it, plus a doctor’s order for each supplemental feeding. Nevertheless, only 40% of new babies born in New York are exclusively breastfed, which is well below the goal of the federal government of 70%.