New Drug Re-Grows Hair in Some 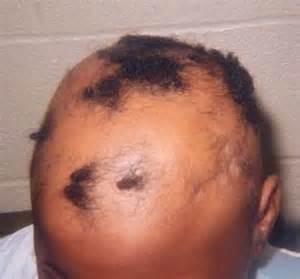 The first thing a patient noticed was he was growing a real beard. The patient had gone years losing hair on his face, head, legs and arms.

The patient suffers from an autoimmune disease called alopecia areata that afflicts close to 1% of males and females, causing their hair to fall out and often times it is over the entire body.

After using a number of treatments, the man enrolled in a Columbian University Medical Center study that tested whether a treatment that had been approved for a disorder in bone marrow could help those who suffered from alopecia.

One of the leaders of that study, Angela Christiano is a professor of dermatology and a geneticist who suffers from alopecia areata.

The researchers from Columbia University saw results that were significant on several of the participants.

One of the participants said that after five months he had a sizeable amount of hair on his arms, his head and even his back.

The disease acts differently from other forms of hair loss, which includes male pattern baldness. There is not any evidence that the drug works for those particular conditions.

Experts remain cautious even for those with alopecia areata, as it is too soon to determine if this treatment works for the majority of patients and if any significant side effects are found including safety concerns.

The study has continued, but thus far, just a few of the participants were not able to re-grow their hair.

It appears, said researchers, to work not in all of the participants but in a large majority of them.

However, they stressed that more data was required on risks over the long term in people that are healthy. However, it is exciting, said the researchers in terms of finding new hair growth.

Few side effects were experienced by the patients during the study, but it was small and not randomized by comparing the drug to other forms of treatment.