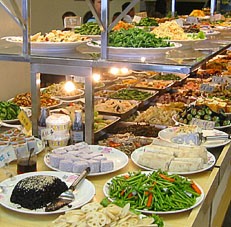 New research just published suggests those women who are middle-aged; who follow a diet from the Mediterranean or one that is similar might lengthen their life and avoid cognitive or physical impairments or chronic illness later in life.

The Mediterranean diet is from the eating habits of people who live in Crete as well as many areas of Greece and the southern region of Italy.

Research previously has shown that the diet presented a number of benefits to the health of the user. One earlier this year reported that the diet might reduce the risk of stroke, while another said it might improve thinking abilities and memory.

In this study, researchers at the Harvard Medical School, the Harvard School for Public Health and the Brigham and Women’s Hospital said that although this diet was linked to a number of health benefits for older adults, the diet’s role in overall healthy aging was not adequately studied.

To be able to determine the affects the Mediterranean diet had on aging, the researchers reviewed more than 10,670 women using information from a nurse’s study.

The women completed a dietary questionnaire from 1984 to 1986. At the time of the questionnaire, all of the women were over 50 years of age, but younger than 65.

They were asked how often they consumed on average a portion of certain types of food. Approximately 15 year thereafter, the same women carried completed lifestyle and health questionnaires.

The results showed that the women who had followed a Mediterranean type diet or one that was similar, had a 40% higher chance of living past 70 years of age, compared to women whose diet was not the Mediterranean diet.

The healthy women also were found to not have 11 chronic diseases, including cancer, kidney failure, Parkinson’s disease and type 2 diabetes.

Additionally, the same women showed no signs of impairment in cognitive skills, no physical disabilities and mental health issues.

$67.60 Million in Sales Expected for Glaukos Co. This Quarter

$112.85 Million in Sales Expected for Lantheus Holdings, Inc. This Quarter