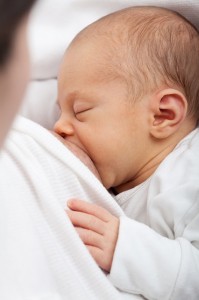 Experts in child development tell parents they should not give their babies solid foods, such as cereal, until the infant is between 4 and 6 months old. Nevertheless, new research has shown that close to 40% of parents have not heeded the advice of medical experts and have introduced their infants to solid food earlier than 4 months of age.

Researchers also said they found that infants who are formula fed were much more apt to receive solid food too soon than those that are breast-fed. Officials said parents are advised to wait until their children are at least four months of age since they are not developed enough to eat solid foods.

Health experts said other reasons not to feed solid food to infants too early was it has been linked to shorter breast feeding duration and the development of some chronic conditions such as celiac disease, childhood obesity, eczema and diabetes.

Data was reviewed by researchers of over 1,300 infants and mothers. Investigators found more than 40% of the mothers gave their infants solid food prior to the infants reaching four months of age.

Researchers said that mothers who gave their babies formula were more apt to report that their doctor or health care specialist told them that it was ok to introduce solid food before four months. That, said researchers, is more evidence that both health care providers and doctors need to provide clearer and more accurate information.