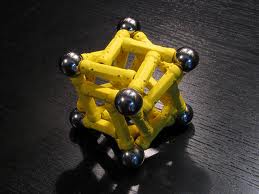 Among children, a growing problem has become the accidental swallowing of magnets, and experts say that parents needs to be aware that a big risk is involved.

Researchers at a hospital in the United Kingdom reported about two cases requiring surgery after children had ingested magnets. In one case, a child who was just 18-months old experienced abdominal pain for five days before it was discovered by the hospital that the infant had swallowed 10 small round magnets.

In the other case, a child who was 8-years old showed symptoms of having appendicitis, but was diagnosed with swallowing two strip magnets, each about one inch in length.

Many small objects ingested by young children usually can pass through the digestive system and not cause any internal damage or illness. However, if several magnets are ingested, they can become attracted to one another inside the child’s body and soft tissue can be trapped between them.

This could lead to a fistula being developed in the intestines or creating an abnormal connection inside segments of the bowel. Both of the children previously mentioned did form fistulas, but eventually the two fully recovered.

Researchers said the diagnosis when a magnet is ingested could be delayed since most times it does not create discomfort or pain when it happens. Doctors said they were worried about the availability of cheap toys that carry magnets, where the parts with magnets are easily detachable.

Magnets that are high powered, but not in toys made for children, but can be found in desk toys, can also create a risk for children if they find them. These types of magnets can create holes in the intestines or stomach, blood poisoning or intestinal blockage.