Foodborne Illnesses Still Sending Many to the Hospital 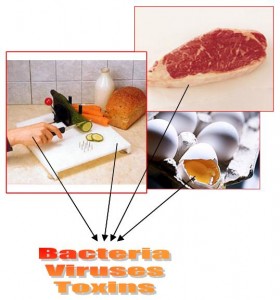 A new study ranks poultry and meat, based upon outbreaks of illnesses that are foodborne. In the U.S., the average person consumes about 130 pounds of poultry, beef and pork each year. That amount of meat consumption provides for ample opportunity to contract a foodborne illness during the course of one year.

Fortunately, outbreaks of illness linked to poultry and meat have fallen over the past 12 years since regulatory oversight has become much stricter and litigation has made meat producers clean up. However, illnesses continue to be quite rampant, with most of it not being reported.

The study examined 1,700 outbreaks including over 33,000 foodborne illness cases ranking them from high risk to low.

The highest risk was chicken, with the highest risk being from ground and barbeque chicken in the U.S. Salmonella causes a large number of the cases where people were hospitalized after consuming chicken. The second highest risk was found to be ground beef. Third was steak, fourth turkey and fifth barbeque pork or beef

It is difficult to keep pathogens from poultry and meats and both chefs at restaurants and people at home cooking need to treat them as if they are hazardous materials to minimize the risk of them becoming contaminated.