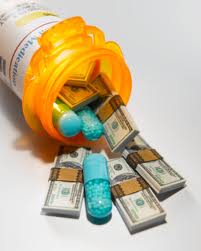 A new experimental Drug – T-DM1 has had encouraging clinical trials against an aggressive form of breast cancer. The drug is designed to first target then attack cancer cells in breast cancer sufferers who have HER2 cancer. The trials show that the drug has kept the cancer at bay for as long as nine months and does not have the nasty side effects associated with many of the other medications taken for the cancer.

This weekend, in Chicago, the results from the clinical trials were presented to the American Society of Clinical Oncology. T-DM1 combine Herceptin, a drug often used to treat patients with HER-2 cancer and emtansine an experimental drug also known as DM-1. Researchers found that T-DM1 helped keep patients free from the disease for longer time periods than did the standard chemotherapy treatment.

A clinical trial of about 1,000 phase 3 patients with HER2 cancer from a number of countries was performed. One group received the T-DM1 medication and the other two standard chemotherapy medications.

The patients receiving the T-DM1 remained progression-free from cancer for an average of 9.6 months, while those taking the standard set of chemotherapy drugs were free from the cancer for 6.4 months.

In addition, nearly 18 more women out of 100 were alive after 24 months from the new drug compared to other older forms of treatment. Progression free is the time that passes between starting a treatment and the time the patient’s cancer worsens. T-DM1 however, was not able to help overall survival.

Considerable debate continues amongst clinicians about using the progression-free survival model as a measure of the effectiveness of a medication. Clinicians in these trials said it could offer an early indication of how the drug is working.

Next »
Israel Can Detain Illegal Migrants for 36 months

Americas Gold and Silver and Its Competitors Critical Survey