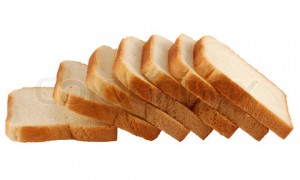 The consumption of white bread in daily meals was identified as a big reason for high obesity rates that have earlier been reported in a study that was funded by the Bill and Melinda Gates foundation.

The new research through Spain’s University of Navarra revealed that having two servings or more of white bread would increase the obesity risk by over 40%.

The findings were unveiled in Belgium at the European Congress of Obesity. The study was carried out to find a relationship between the increase of weight amongst participants and white bread.

The participants came from Spain’s Mediterranean region where a staple food is white bread.

Researchers compared between people who ate two helpings of bread or more and those who consumed just one helping of the white bread.

The recent study stretched over a five-year period and included more than 9,250 people who were graduates of the SUN project at the school, which is an ongoing study into the affects of diet on different health conditions.

The study’s results revealed there was not any tangible evidence of weight gain when in generalized consumption of bread which took into account both whole wheat and white bread.

However, there was a big boost in obesity risk when just white bread was eaten.

The authors of the study concluded that a slower absorption of the carbohydrates and the content of fiber and micronutrients might explain a lack of an association between the eating of these and of obesity.

Another research, which was completed in 200 by Tufts University found that calories from in white bread as well as other refined grains seemed to settle in the gut and produce belly fat.

The research at Tufts however just focused on a groups that was small consisting of 459 people with different eating habits including people who had a preference to refined grains as well as others who preferred consuming fiber, such as fruits, vegetables and whole grains.

The participants chosen in the study were middle aged, healthy people for the city of Baltimore, Maryland. The study at Tufts concluded that refined grain calories, which are common in white bread, have often led to bigger waistlines.