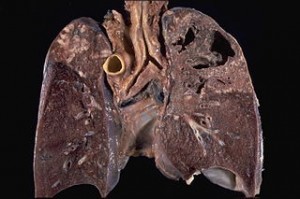 According to Albert Einstein College of Medicine researchers at Yeshiva University, vitamin C has killed tuberculosis bacteria that were drug resistant in a laboratory culture.

The new discovery suggests adding the vitamin to existing TB medications might help in reducing the length of TB therapy. It also highlights a new era in the design of drugs.

TB takes place following an infection caused by M tuberculosis bacterium. Data released by the World Health Organization shows that during 2011 over 8.7 million people worldwide were sick with TB. That same year close to 1.4 million people lost their lives due to TB.

Researchers discovered this finding during research they were conducting on how the bacteria become drug resistant to isoniazid the potent drug that is the first-line in treating the disease.

Researchers hypothesized that the bacteria that are unable to make mycothiol could contain additional cysteine, which is an amino acid. They predicted if cysteine and isoniazid were added to isoniazid sensitive M Tuberculosis, the bacteria would become resistant. However, what they found was it killed off the culture.

The researches therefore believe that cysteine helped in killing the bacteria through acting as a reducing agent.

The researchers, to test their hypothesis, conducted a repetitive experiment using isoniazid and other form of reducing agent, vitamin C. The combination of vitamin C and the isoniazid sterilized the M. Tuberculosis culture.

The Vitamin C was able to provoke what is referred to as the Fenton reaction, which is triggering iron to interact with other molecules to produce a reactive oxygen species that then destroyed the TB bacteria.