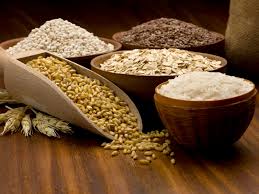 This may have been said prior, but the benefit of a healthy diet that is high in fiber as well as in vegetables, lie not in just a better figure, but might contribute to better heart health, indicates new research recently publishing in the UK by the University of Leeds.

The recent research links more fiber intake to less of a risk of both coronary heart disease and cardiovascular disease. Researchers claim the risk is lowered significantly with each additional 7 grams of intake of fiber daily.

The Center for Disease Control estimates that over 600,000 people in the U.S. die each year due to heart disease, which is one in four deaths.

However, the research just published shows that simple changes in lifestyle might have a bigger impact than what was previously thought.

The positive news is that the rates of both coronary heart disease and cardiovascular disease are declining for both the U.S. and many countries in Europe.

However, just a few tweaks to the diet might reduce risks dramatically.

The researchers looked at data from 22 studies published from January of 1990 to August of 2013. The studies recorded the total intake of dietary fiber and subtypes of fiber, along with the number of cardiovascular events. This data came from Australia, Europe, Japan and the United States.

The total amount of fiber intake was looked at but the was fine tuned by researchers breaking the intake into insoluble – potato skins, whole grains – insoluble beans, nuts oats, pulses, barley – cereals, vegetable, fruit and others.

Researchers were able to find that the chances of a heart event declined steadily with additional consumption of total, insoluble vegetable and fruit fibers.

The findings, said researchers, were in line with recommendations to increase intake of fiber and show how the risk can be reduced for adverse events involving the heart is achievable with only making some simple changes to the diet.