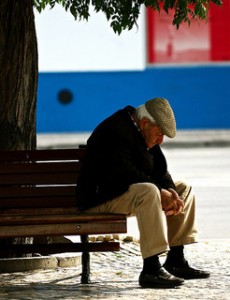 For a number of generations, it was understood that children would have longer lives on average than their parents. However, evidence is mounting that the trend has reversed for the least-educated whites in the country, a group that is increasingly troubled and whose life expectancy has dropped since 1990 by four years.

For many years, researchers have documented that America’s most educated were making the most significant gains in increasing life expectancy. However, researchers now say that mortality data shows life spans for the least educated people in America are contracting.

In recent years, four studies have identified declines. However, a new study that looks specifically at Americans that do not have a high school diploma uncovered sharp declines in life expectancy for the whites in that particular group. That was disturbing to experts that participated in the study and other experts who were not involved in the study but said the findings were persuasive.

It is uncertain what the reasons are behind the decline. However researchers said a possible explanation could be a spike in the number of overdoses from prescription drugs among younger whites; white women who are less educated have a higher rate of smoking; increasing cases of obesity; and an increase in the amount of uneducated Americans who do not have health insurance.

Next »
Africans Arrive in Alabama to fill job openings