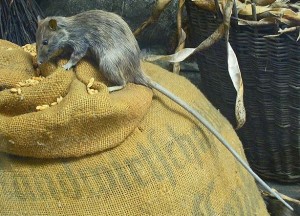 This new report comes after confirmation that there was also an outbreak of the deadly bubonic plague in the island’s northwest region in a tiny village.

Pneumonic plague can be transmitted from human to human without any involvement of fleas or animals. It is also the least common and most virulent form of plague, which can kill in less than 24 hours.

Bubonic plague was found in the town of Mandritsara in northwestern Madagascar last week. Twenty people and possibly more have been reported killed by the plague.

This week it was confirmed by The Pasteur Institute of Madagascar that tests on some of the bodies from the village near Mandritsara showed that the cause of death had been the plague.

However, the institute did not give a number of how many died from the outbreak.

Pneumonic plague occurs from the same bacteria, which cause bubonic plague, the so-named Black Death, which ravaged Europe by killing an what was estimated to be over 25 million people during the Middle Ages.

Nevertheless, bubonic plague normally is transmitted through flea bites and could be treated through the use of antibiotics. Pneumonic plague can be easier to contract. If it is left untreated, it had a high fatality to case ratio, said medical experts.

The ministry director in Madagascar Dr. Herlyne Ramihantaniarivo did confirm the existence of two cases of pneumonic plague were reported.

Last year there were 60 deaths in Madagascar due to bubonic plague, the highest number recorded anywhere in the world.

In October, the International Committee from the Red Cross issued a warning that the island was facing a risk of having a plague epidemic.

Programs to exterminated fleas, cockroaches and rats in prisons in Madagascar to avoid any outbreak of the deadly disease have been instituted.

The worry said medical experts is the disease might spread to larger towns and even cities, where the living standards have been in decline since the 2009 coup and political crisis that followed.