Breeders and Chefs Unite With Researchers for Better Veggies 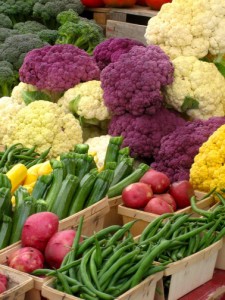 Vegetables could soon taste much better as breeders and chefs have teamed up with the University of Wisconsin at Madison to reach a breakthrough in the making of vegetables that are more in demand by the consumer.

The university launched a number of investigations related to the processing industry of vegetables, as Wisconsin is one of three top states in producing frozen and canned vegetables.

The recent research is looking to improve on the creation of different varieties for consumers to choose.

One researcher said that apples were nearly the only vegetable or fruit which has over 30 different types of names in the produce section of a grocery store.

The same could be done for corn as they could produce corn for soup, roasting and much more.

A professor of horticulture working on the project said researchers would work closely with breeders of vegetables and the chefs in Madison to determine what makes a vegetable taste great.

Chefs that actively participate in this research will be given deliveries of produce each week. They then must evaluate the produce regarding its texture, sweetness and so on. Chefs are limited to a scale of five points when evaluating the produce.

From the findings, vegetable varieties that are easy to grow will be produced with very outstanding flavors.

This past week, an initial tasting was held with many of the variations available at a Verona, Wisconsin research farm of the University of Wisconsin, Madison.

One chef who took part said he had tested close to 80 kings of tomatoes since July of this year.

Among the samples of 80 tomatoes one, which was corn bred, was by far the best tasting due to it being less sugary with the initial taste and having a texture that was firmer.

Farmers will join in the research as well, as they will look into disease and resistance along with ways of better productions that do not damage the aesthetics and taste.

The possible breakthrough would have a big effect on farmers, breeders, as well as chefs.