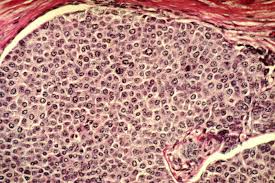 These proteins at high levels are known to aid cancer cells to move and spread that leads to worse outcomes for patients with breast cancer.

The study’s senior author Dr. Gregg Semenza Johns Hopkins University professor of medicine said that for cancer cells to move, they needed to initiate various changes to their own internal structures.

ROCK1 and RhoA have been known to play an important role in the forming of these structures by allowing the establishing of “parallel filaments” in the cell of cancer that allow them to grab onto external surfaces to move along.

Dr. Semenza said that in many of the metastatic breast cancers, genes that code for ROCK1 and RhoA are activated at high levels. However, it was not know what the exact cause was that made the levels become so high.

He noted that low levels of oxygen often occurred in breast cancer. Tumor cells in breast cancer multiply and the inside of the tumor starts to run out of oxygen since it is no longer fed by any blood vessels. This lack of oxygen then activates hypoxia-inducible factors, the master control proteins that turn on many genes helping cells to adapt to the lack of oxygen, said the doctor.

The doctor added that the factors switch the genes on that enable the cell that are cancerous to break away from tumors that have little oxygen. The cells are then able to violate blood vessels to spread to other areas within the body.

The researchers found that cells with breast cancer had three times the filaments of others meaning they could move much more.