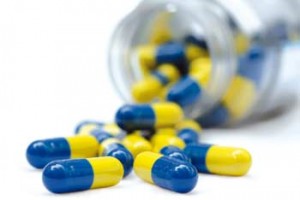 The total number of antibiotics doses that were sold in pharmacies and clinics worldwide increased by 36% between 2000 and 2010, reported scientists on Wednesday.

The new finding comes from a first of a kind study to look at the consumption of antibiotics on a global scale during the 21st century.

More people living in poor countries are receiving drugs that are lifesaving, said the lead author of the study, and that is good news.

However, the insatiable need in the world for Cipro and penicillin also has its dark side: the increase in bacteria that is drug-resistant.

Now, even the antibiotics referred to as last-resort, those that are used if all others before fail, have been put in jeopardy of losing effectiveness, said scientists.

The big concern, said the study’s authors, is that the consumption of drugs of last-resort had increased as well significantly over the past 14 years. If the resistance to these drugs develops there is nothing left in the cabinet to use, said researchers.

Over the last decade, bacteria have been able to evolve to evade almost every antibiotic. Most people are familiar with MRSA, which causes infections of the skin that can be deadly.

However, there is also a Superbug form of gonorrhea, as well as a gut pathogen known as carbapenem-resistant Enterobacteriaceae which might kill as many as 50% of those infected.

There are still a few strong weapons doctors have against these forms of pathogens, such as polymixins to fight CRE and cephalosporins against gonorrhea.

However, to maintain the efficacy of these antibiotics they need to be used on a limited basis.

These drugs are second as well as third line and need to be supplied carefully, but unfortunately, there is not much guidance for how the drugs are now being used.

The study also found that 75% of the increase in consumption of antibiotics occurred in South Africa, China, India, Russia and Brazil, which are countries that many people have sufficient income to purchase the drugs.

Antibiotics that are last-resort can be purchased over the counter across all those countries.