7 Little-Known Factors That Can Affect Your Hearing

In the United States, hearing loss affects up to 40 percent of people over the age of 65 and as many as 3 million children. While it’s a relatively common problem, most people wait years to address their hearing loss, which can affect relationships, work, quality of life and even mental health.

While some reduction in the ability to hear is a natural part of aging, there are many factors that can make hearing loss progress more quickly and even worsen if it’s left untreated. From too much earwax to a rare autoimmune disease, here are seven little-known factors that can contribute to hearing loss. 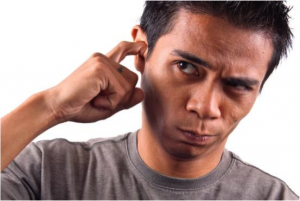 Also called cerumen, earwax is a shiny, sticky wax made by glands in the outer part of the ear canal. It helps to protect the skin of the ear canal by moisturizing it, and it also has several chemicals in it that fight infections should any trouble develop inside the ear canal. It also forms a protective shield that keeps your eardrum safe from anything that may make its way into the ear by trapping particles, dust and dirt before they can reach the eardrum.

Clearly, earwax is a helpful substance, but too much of it can lead to hearing trouble. When too much earwax builds up in the ear canal, it can block sound waves from reaching the eardrum properly, which makes hearing difficult. Earwax buildup can affect anyone’s hearing at any age, and when it’s removed, hearing generally returns to normal. How earwax is removed is important, however. Never stick anything into your ear because you could cause a rupture can occur or push earwax further into the ear canal.

While it may not seem like much, chronic noise over time can greatly affect your hearing. Whether it’s noise related to work, recreation or transportation, even low-level noise that’s experienced long-term will damage ears. Riding motorcycles, operating power tools, a daily commute that involves the sound of passing subway cars, mowing the lawn, going to concerts without proper ear protection — all these instances and others like them can result in hearing loss 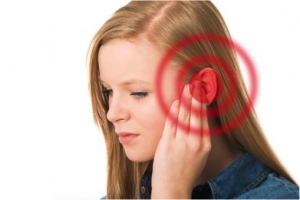 Another disorder of the inner ear, Ménière’s Disease generally affects people between the ages of 30 and 50. Marked by tinnitus, vertigo, random hearing loss and sensitivity to loud noises, the causes of the disease are unknown. It is usually effectively treated by a doctor and audiologist.

Ototoxic medicines are any medicine that can damage the ear. When hearing loss and damage from an ototoxic medicine occurs, it tends to develop rapidly. Initial symptoms are tinnitus and vertigo, followed by difficulty hearing. After you stop taking the medication, hearing usually returns to normal, but sometimes the damage can be permanent. Examples of ototoxic medicines include:

Hearing loss is a difficulty that most people will undergo as they age, but there’s no reason to hasten it or cause it to worsen. Keep an eye out for these seven little-known factors that can negatively affect your hearing in order to ensure that growing older is the only threat your ears will have to face.