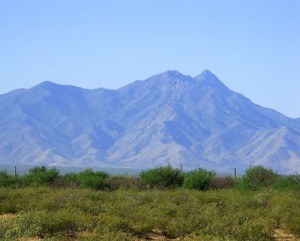 Steven Johnson’s lifeless body was found hanging from a cliff in the Santa Rita Mountains by police. The body of his lifeless dog was found on top of the ridge. Both Johnson and his dog were covered in bee stings.

Authorities said Johnson, who was 55, was last seen hiking the mountains on Friday with his dog. Sheriff Deputies from the Santa Cruz County Sheriff’s Department found Johnson’s body hanging from Mount Hopkins with his climbing gear.

Officials said Johnson’s cause of death had not been determined, but authorities suspect it was due to being attacked by bees.

Sheriffs believe Johnson might have disturbed the bees while hammering one of his spikes into the side of the cliff. The body of his dog was also completely covered in bee stings.

Johnson, from Tucson, was both an experienced climber and hiker. His friends started to worry when he was not at work on Monday. They sent him messages on Facebook asking him where he was and after they did not get a response, they contacted police.

Other climbers said that aggressive bees have caused problems near where Johnson’s body was found.

Johnson had been rappelling when the bee attack took place and could not escape them. Authorities located his body more than 70 feet in the air and 80 below the ridge of the cliff.

A bee specialist in the area said that the bee population this year was building large hives and were particularly aggressive.

Just last week three people had to be hospitalized after being stung by bees. One woman was completely covered be bees and was left with over 200 stings.