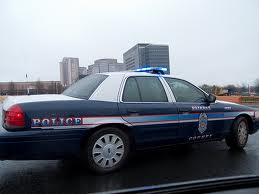 Gunfire could be heard over night Sunday when a gunman entered a Sacramento home. The assault left four people dead and one wounded critically. Investigators are still trying to figure out a motive. Officers responded to the report of gunfire at the home and when they arrived, they found one woman and three men dead. The intruder shot three of the people who died before someone at the home was able to kill him.

At first thought, officers said it appeared to be a home invasion, but they are now looking into the possibility it was something else. They believe it was not a random act and they believe it was gang related.

It appeared there was no forced entry into the home but the gunman did not enter until very late on Saturday evening. He shot the married couple who lived in the home and then two guests. A fifth person in the house at the time heard the shots fired and came out to confront the suspect and shot and killed the suspect, said police.

No names have been released by police, but three of the dead were in their 50s, while one of the dead was in his 20s. Police did not know the age of the person who survived. The resident who confronted and killed the assailant was not injured.

Sunday night the last two of the bodies were taken from the home by coroners and up to half a dozen rifles were seen being taken out of the home by police.

Next »
Lady Gaga Bangs Her Head