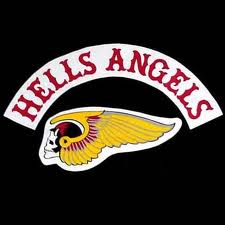 The FBI raided chapters of the Hells Angels in both North and South Carolina and arrested 19 people. The raids gave a rare glimpse into the workings of what the FBI calls an organized criminal enterprise with national tentacles.

The raids followed a two-year effort that was handled by local authorities and the FBI in both Carolinas. Authorities claim the clubs follow a very controlled chain of command, which includes a president, vice president and all the way down to an enforcer.

Regular meetings are called church and only white males can join the group. Another requirement to join is to have at least one motorcycle that is American made.

The member who makes the ultimate decision on everything is the president of the local chapter who then reports to regional officers. East coast chapters, with their respective representatives, periodically meet in different states along the coast. Full time members are referred to as “full patch” and only they can wear the full Hells Angels patch on their vests and jackets.

Members of the group, who are kicked out for any reason, must color over or outdate their tattoos of Hells Angels. Similar to the mafia, colorful nicknames are favored by members of the group. The federal indictment reports nicknames used included Lightning, Rat, Diesel and Diamond Dan.