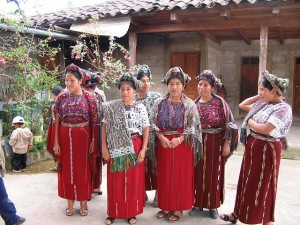 In Guatemala City, on Friday, uncertainty was apparent in the courtroom at the Efrain Rios Montt genocide trial. Rios Montt is a former army general and congressman, who was a dictator in Guatemala as well. Judges argued over what judge should be presiding over the case following an order that was given on Thursday to annul close to 18 months worth of court and legal proceedings.

The Thursday order of annulment was made by Judge Patricia Flores. Judge Flores presided over the case originally. She ruled that nothing that had taken place since last November, when she had been recused, was valid. In her ruling, Flores cited an order that had been sent from the top court in Guatemala.

Guatemala’s Attorney General Claudia Paz y Paz said the ruling by the judge had no legal merit, which echoed that of the current judges presiding over the case, who asked that the constitutional court make a speedy ruling.

The 86-year old Rios Montt is facing charges of crimes against humanity along with genocide for the counter insurgency plan put into effect during his 17-month rule in 1982 that killed over 1,771 people who were part of the indigenous group Ixil.

Human rights supporters have proclaimed the trial as a first of its kinds in their efforts to bring leaders of the army and government to trial for the civil war that raged for 36 years.

Paz y Paz said prosecutors had filed an appeal against Judge Flores’ decision, but she was worried that no timeline existed as to when the constitutional court would hear the appeal and rule on it.

Emotions in the country have been stirred from the trial that has seen over 100 victims testify to being tortured and raped during Rios Montt’s 17 months in power.