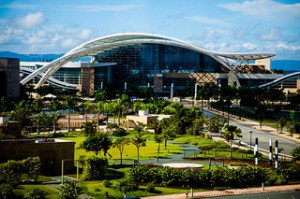 The Luis Munoz Marin International Airport located in San Juan, Puerto Rico was the site of 22 arrests out of a total of 36 that took place in the U.S. commonwealth on Wednesday. U.S. Drug Enforcement agents cracked a drug smuggling ring that had been smuggling cocaine into the U.S. via commercial passenger flights from the Caribbean territory.

Twenty-two of the 36 arrested in Puerto Rica were arrested while on the job at the airport. The smuggling ring is suspected of smuggling over 61,000 pounds of cocaine during a 13-year period. Laila Rico, a DEA spokeswoman said the Caribbean Division of the DEA, headquartered in Puerto Rica, made an important blow to the efforts of drug smugglers in the area.

Officials said that the majority of drugs were smuggled on flights to Newark, New Jersey and Orlando and Miami, Florida. They were placed on passenger flights on American Airlines and taken via couriers or in suitcases.

DEA officials said that some of the suspects captured were former or current employees of American Airlines and other personnel at the airport. A designated bathroom was used as a hand over point for the drugs that were then couriered to the U.S. Baggage handlers were also involved, as they allowed suitcases loaded with the drugs to be loaded on board the planes bound for the U.S.

Next »
J.R. Returns with Dallas