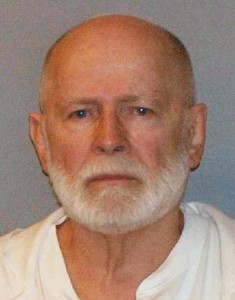 James “Whitey” Bulger the notorious mob boss received his sentence on Thursday for his conviction in a series of murders, along with extortion, racketeering, money laundering, narcotics distribution and obstruction of justice. He received two life sentences to be run consecutively plus another five years. Bulger was a mob boss in South Boston during the 1970s and 1980s.

Denise Casper a U.S. federal judge told Bulger that his conduct merited the most severe penalty by law. The judges added that the crimes committed by Bulger were more heinous due to being about money.

The judge ordered restitution for Bugler’s victims in the amount of $19.5 million.

Bulger would not look at or towards any of the victims at Wednesday’s sentencing hearing. However, he stared the entire time at the judge when she lambasted his life of crime.

He only made one comment when he spoke the word “yes” when he was asked if he knew he could appeal the verdict and sentence.

The sentencing was dramatic by short and brought an end to the saga of the mobster in his mid 80s, who was arrested in Santa Monica, California with his girlfriend after being on the run for 16 years.

Prosecutors request a harsh sentence, while Bulger’s legal team did not recommend his sentence saying that Bulger believed the entire trial has been a sham.

In August, Bulger was convicted for 11 of the 19 killings he had been charged with taking part in, but acquitted in seven killings along with issuing no finding for one murder.

Bulger, who is 84, is the former head of the Winter Hill gang from south Boston. On Wednesday, the court heard statements from 12 family members whose husbands, fathers and siblings had been killed in gang violence decades ago.

Some of those who spoke, labeled Bulger as a punk, a terrorist and Satan, while he sat expressionless and refused to look their way.

FBI agents who were corrupt took Bulger bribes, turned a blind eye to crimes he committed and tipped him to threats or possible police action.

In addition, John Connolly Jr., a former FBI agent in Boston, who was a handler for Bulger when an informant, tipped him off ahead of a possible indictment, which prompted Bulger to go on the run.

Public Storage Given Consensus Recommendation of “Hold” by Analysts