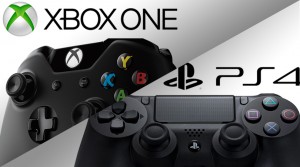 The holiday strategy Microsoft is using for the holiday is working.

Xbox one, the company’s new gaming console has beaten PlayStation 4 in Black Friday sales, according to InfoScout research.

Xbox one has accounted for 53% of all sales in consoles, while the PlayStation 4 only was able to capture 31% of the market.

InfoScout said that the vast majority of costumers were in the mood to give on Friday, since 80 percent bought the item as a gift.

However, 10 percent of those people admitted it would probably would be pulled from under the Christmas tree and used out before December 25.

This estimation was made after the firm checked receipts from more than 182,000 people who shopped on Black Friday.

Earlier in November, Microsoft announced a huge discount for the Xbox One console for the upcoming holiday season.

The company’s decision to sell its console for only $330 (compared to a $400 price tag for the PlayStation 4) at big stores like Walmart and Target evidently was quite successful.

Great game bundles including the Xbox One, which included Assassin’s creed was also helpful in driving the company’s sales.

Since Microsoft made a choice to sell their video game console without motion detection (kinect) included for $100 less, the sales of the Xbox One console were given a huge boost.

First released at $500 in 2013, the video game console can now be purchased for $100 less, if Kinect is not your thing and you are not interested in owning it.

Through all of December, because of the holidays, the company will happily be giving a bundle for only $350, which includes a minimum of one game.

An interesting thing is that even the last generation console, the Xbox 360 was able to 9% of sales for consoles this past weekend, which was still a significant amount more that the Wii U by Nintendo, which only managed 6% of console sales.

The last generation PlayStation 3 was only able to sell 1% of total sales for all video game consoles.