Workers Allege that Walmart Store in California Closed in Retaliation 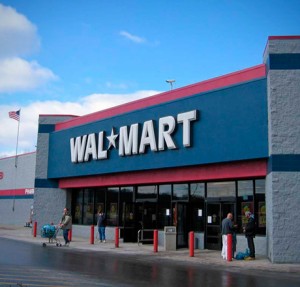 Some Walmart employees have accused the company of closing one of its locations in the area of Los Angeles for six months in retaliation for the workers demanding better wages as well as benefits.

The largest retailer in the U.S. denied that accusation saying it had temporarily closed as many as five stores across four states to address plumbing problems that have been recurring. The closures included a Pico Rivera, California location that was the center of big protests of recent by workers.

A group of the retailers’ employees supported by the United Food and Commercial Workers Union called the move a retaliatory one and said it would hold a Monday news conference to explain its case.

Walmart has not requested plumbing permits from the city, for the store in Pico Rivera, said city officials and workers.

Rene Bobadilla the City Manager for Pico Rivera described the company closing the store all of a sudden as not being normal but said the city offered to help expedite any necessary work so the store could reopen quickly.

Bobadilla said his focus was on helping the more than 530 employees impacted by the store closure find work and receive services.

Walmart said through a statement that had been emailed that it took the decision of closing its Pico Rivera stores as well as four others because all new extensive repairs. The statement said the company goal is to keep the stores open and serve customers.

The company understands the decision was difficult for our associates as well as our customers but the company aims to have each of the five stores reopen as soon as the issues have been resolved and the improvements have been made, concluded the statement.

Walmart announced recently plans to increase the minimum hourly rate it pays employees to $9 nationally as part of its investment of $1 billion in better pay as well as benefits for its thousands of employees.

Walmart’s move sparked a number of other retailers to increase wages although advocates for labor said the increases were not enough.