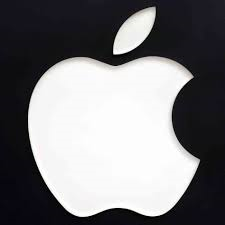 Apple (NASD: AAPL) has a long history of selling premium products at premium prices. While these goods offered an aspirational purchase to many consumers, they were also out of reach for many, and their costs were prohibitively expensive in many foreign markets. For the first time in it’s history, Apple seems to be open to changing that somewhat – by offering a lower priced phone.

The smart phone market was largely created by Apple through their iPhone, and it quickly became their flagship product – one which has made $18bn in revenue in the past quarter.

Yet despite tens of millions of iPhones sold in the past decade, Apple continues to lose potential sales to the long line of phones using Google’s Android operating system. While Apple enjoys the bulk of the industry’s profit, thousands of phones are sold across the globe daily with their competitors product in it, and as the market for smartphones continues to grow in Asia, fears abound that Google’s success could lead to Apple’s retreat into failure territory.

Chief Executive Officer Tim Cook is expected to unveil two new phones: the iPhone 5S, an upgraded iPhone 5, and another, which the rumour mill has dubbed the iPhone 5C. “It’s the biggest iPhone product-line shake-up in a long time,” says Wayne Lam, analyst at IHS. What might the C stand for? There is no single answer, but the device will be cheaper, more colourful and designed for success in the Chinese market. It also raises questions about whether Apple can keep its cool as it moves the iPhone downmarket and gives us an insight into how Mr Cook is running Apple. Here, then, are the five Cs of what, for want of a better name, we’ll call the iPhone 5C.

Apple has achieved similar success in their iPod product line, having developed into the mini, nano and shuffle. This model may work well for their phone product. Apple has been surprised by the continuing popularity of the iPhones 4 and 4S, which are cheaper or free with a contract. The 5C is expected to replace them, standardising on the latest generation’s 4-inch screen and smaller “lightning” cable socket. Sacrifices may be made to the quality of the casing – plastic instead of glass and aluminium – but few expect it to lack key software and services, such as Siri voice control.

Apple watchers are divided on how much cheaper a “cheap” iPhone will be. Benedict Evans of Enders Analysis says a $200 to $300 price is required to be truly mass market, selling more than 10m units and fending off the competitive threat from Android.