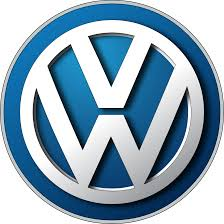 Volkswagen AG is planning to invest over $7 billion during the next five years across North America to revive is efforts to grab a larger share of the car market in the U.S.

The largest carmaker in Europe will use part of the money to introduce a new mid-size sport utility vehicle that will be designed specifically for the North America market to debut in 2016.

Based in Wolfsburg, Germany, Volkswagen said it would also begin producing a Golf hatchback in its Puebla, Mexico factory to be sold to customers in the United States.

VW has record deliveries across the globe in 2013, boosted from an increased demand from China, where the carmaker outsold General Motors for only the first time in the past nine years.

Becoming one of the mainstream carmakers in the United States is a critical part of Volkswagen’s goal of beating Toyota and GM to take the lead in global sales before the end of 2018.

VW shares were up by 1.2% to over 204 euros in Monday morning trading in Frankfurt. The stock has increased 16% in the last 12 months, valuing the entire company at over $126.5 billion.

The new mid size SUV from VW is a crucial part of its gaining ground in the U.S. market. The share of that segment in the American market increased from 29.7% to 30.9% the past year.

VW’s offering of SUVs in the U.S. is limited currently to its compact Tiguan and its Tourareg, which is mid-sized but has a sticker price of $43,995. That price is 11% higher than the Lexus RX a premium SUV from Toyota.