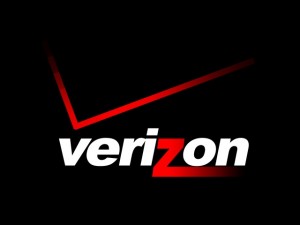 On Thursday, lightning hit twice as the telecom giant announced an asset sale of $15.5 billion in two individual transactions.

Verizon said it would sell its wireless business in Florida, California and Texas to Frontier Communications, at the price of $10.53 billion. It also announced the sale of 165 towers to communications tower operator American Tower based in Boston for nearly $5 million.

Verizon’s shares were up 1% in trading after hours following their announcement, while shares of Frontier jumped close to 4%. Stock at American Tower was also up following the closing bell.

The deal between Verizon and Frontier is the second time in the past six years the companies have reached a deal together. Frontier purchased 4.8 million phone lines from Verizon at a price of $8.6 billion.

The company based in New York City also announced it would carry out a $5 billion buy back of shares starting during the second quarter of 2015.

Verizon announced that it expected the American Tower and Frontier transactions would be completed by mid 2015 and the first six months of 2016 respectively.

Frontier, said Verizon officials, would continue providing video services in the three states following the completion of this transaction.

The long standing company strategy has been to invest consistently in our networks, improve the experience of our customers and to develop new and improved products and services while at the same time delivering growth that is profitable.

Verizon’s CEO Lowell McAdam said in a prepared statement that the transactions would strengthen further the focus of Verizon on extending its industry leadership position in core markets as well as return a substantial valued back to shareholders.