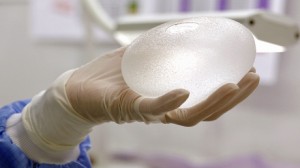 The chronic shortages that have plagued Venezuela are now encroaching on one of the cultural cornerstones of the country: breast augmentation.

Venezuelans are known to be obsessed with beauty and are now facing a scarcity of breast implants that are brand name, and women who are desperate to have the procedure performed are turning to implants that are not the correct size or made in places with less rigorous standards of quality such as China.

There once was easy access by Venezuelans to implants that were U.S. Food and Drug Administration approved. However, doctors said those implants are nearly impossible to find due to the restrictive controls on currency that have deprived local businesses from importing certain foreign goods.

This might not be the country’s gravest shortfall but surgeons said the issue has caused many image conscious women in Venezuela to complain. The President of the Plastic Surgeons Society in Venezuela said women in his country are concerned with self-esteem.

Venezuela is said to have one of the highest rates of plastic surgery in the world and the most common procedure of all is breast implants.

Only Germany, Mexico and the U.S., all with much larger populations, had more implant procedures.

No official stats exist on how many women in Venezuela have had surgery, but walking down any street in major cities, such as the capital of Caracas, reveals that the number of augmentations are more conspicuous in the country that in other places.

Until very recently women in Venezuela entered raffles for the implants that were held by pharmacies, at workplaces and even by politicians during their campaigns.

During this past spring’s street protests against the government, an occasional sign protesting the increased costs of breast implants could be seen beside the placards that protested the food shortages and devaluation of the currency.

One doctor in Venezuela performed several implants weekly, but currently only has two per month. Many call and ask for the size they want and if they do not have them, they always ask for one size bigger, never smaller.