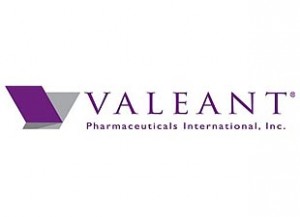 The offer, which puts a value $45.7 billion for Allergan in stock and cash when announced, makes significant uncertainties and risks and is not in the shareholders best interest, the company based in Irvine, California said on Monday in a statement.

Allergan expects its per share earnings to increase by 20% to 25% in 2015 with revenue growth in the double-digits, the company announced.

One analyst in the industry said he believes that Allergan is in a very good spot, but that the prospects of Valeant in completing the deal are under 50%.

Allergan has been pushed away by companies it has made contact with, said those people that are familiar with the situation.

Valeant, based in Laval, Quebec Canada, said the bid had the backing of Pershing Square Capital, the hedge fund Bill Ackman operates that is the largest shareholder of Allergan.

Mike Pearson the CEO at Valeant took over in 2008 and spent close to $19 billion acquiring over 35 companies in a goal to join the five biggest global drug makers before 2017.

The deal for Allergan would be Pearson’s largest acquisition, eclipsing the purchase of $8.7 billion of Bausch & Lomb the eye care company in 2013.

A Valeant spokeswoman, Laurie Little, was not available for any immediate comment regarding the rejected takeover offer.

The proposed deal values the company at a share price of $157.37, based upon the closing price on May 9. On May 9, Allergan closed May 9 in New York at a price of $161.30, indicating that some investors expect the bid to go higher.

Shares of Allergan have increased by 14% since April 21, which is the date that broad terms of the deal first became known. Valeant on May 9 ended unchanged at a closing price of $131.17, and is up by 4.1% since that same date of April 21.