Inventories at wholesalers in the United States surprisingly dropped in June for the third month in a row. This was the longest streak in almost four years and was attributed to the increase in demand. Stockpiles decreased 0.2 percent at distributors after a 0.6 percent decline in May. This was according to the Commerce Department report released this week. A Bloomberg poll showed an average estimate of 0.4 percent increase. Sales increased 0.4 percent. 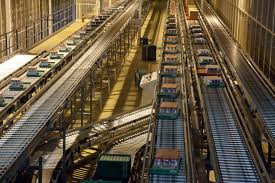 The drop in stockpiles of electrical equipment, automobiles, and hardware meant that companies will have to replenish warehouses as demand goes up. This would also boost American factories. Wholesalers have enough goods in their inventories to last 1.17 months at the present sales rate. This was the lowest since April of 2012. The inventories-to-sales ratio in May was 1.18 months.

According to a poll made by Bloomberg, the estimates ranged from a decrease of 0.2 percent to a gain of 0.7 percent. The last time wholesale inventories dropped for as many months was a streak of one year from September 2008 to September 2009.

Stockpiles of hardware dropped the most since September 2009. Stocks of electrical equipment fell the most since December 2011. The value of unsold non-durable goods went down 0.3 percent and purchases dropped 0.2 percent.

Trade data showed a smaller deficit than the government had considered. Economists are now estimating the second quarter GDP growth to increase as high as 2.5 percent rate later this month. The surprise drop in inventories could make economists reduce their GDP growth estimates.