US Retailers Agree to a Factory Safety Pact in Bangladesh

17 retailers and clothing makers from the United States have agreed to a five year pact with the goal of improving conditions at Bangladesh apparel plants. Some of the companies include Target, Walmart, and Gap. 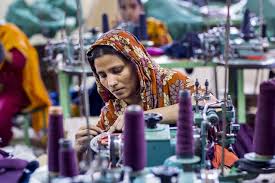 The companies agreed to set up safety guidelines within the next three months. The standards include inspections of all factories that supply their garments within a year. Retailers were pressured to improve the supervision and safety of factories in Bangladesh after a building collapsed last April that killed 1,129 workers. It was the deadliest incident in the history of the garment industry and came after a fire hit a garment factory in November that resulted to 112 workers dead.

The agreement was less strict than the guidelines being pushed by a coalition of labor groups that urged for third party monitoring and labor representation. The coalition criticized the plan and called it a sham.

Retailers said they disagreed with the labor-backed proposal because it exposes them to liabilities. It called for large funding from the retailers and other private businesses without providing accountability for how the money will be used.

According to the deal signed by the retailers, inspectors will prioritize factory safety risks for remediation efforts. They will report dangerous safety conditions to all parties involved. The initiative also includes an independent chair of a board of directors to supervise the initiative.

The retailers are providing the funding needed over a five year period. At present, the fund is $42 million and still growing. The money will be used to support several programs of the initiative. Some companies are providing an additional combined total of over $100 million in loans and access to capital to help factory owners pay for modifications regarding plant safety.

The initiative has been signed by companies including Benetton and H&M. It requires companies to pay as high as $500,000 each year to cover administrative costs of the program. Companies are responsible to guarantee that funds are available for safety improvements of the factories.