The US Postal Service was overhauled its priority mail service to boost its revenue as well as compete with its private sector competitors FedEx and United Parcel Service. The USPS will provide customers free insurance, no-charge online tracking and day-specific delivery. The agency also redesigned boxes and envelopes. 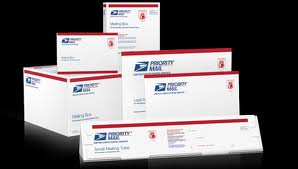 Its package business had grown in recent years. It went up more than 14 percent since 2011. At the same period, first class mail volume went down more than 6 percent. In 2012, the USPS lost around $16 billion. Its updated service will give the agency additional annual revenue of $500 million. This was according to postal officials during a conference call.

Nagisa Manabe, the US Postal Service’s chief marketing and sales officer, said that the improvements will give USPS the advantage in attracting customers who tend to shop online and get their packages at home. This was seen as a vital growth area for mail services.

Manabe said that the USPS has been looking at strong underlying growth as American consumers tend to shop online more. The Postal Service is trying to lessen its losses that have forced the agency to cut its workforce and shutdown facilities. In August, the USPS reported net loss of $740 million in its fiscal third quarter. It has brought its year-to-date net losses to $3.9 billion.

Part of its troubles came from the variety of mail that is now available through digital form instead of paper. The US Postal Service was also hurt by the 2006 congressional requirement that mandates the agency to setback $5.6 billion per year to cover health care expenses for future retirees.

US Postmaster General Patrick Donahoe earlier proposed that the agency be allowed to deliver alcoholic drinks, which he claimed would bring as much as $50 million per year. But it was criticized by people saying that craft brewers would not have the money and workers to provide mail-order beer. This was the same with wineries across the nation.