US Housing Market to Continue Growth

Analysts from the National Association of Realtors and investors are confident about the future of the housing market in the United States. They based their forecasts on current economic and employment data. 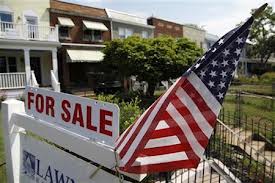 Stocks of home improvement supply companies went up. The NAR noted several key factors that led to the growth of the residential real estate market. Some of the indicators included growing employment, improvement in credit score averages, low home inventory, and increased demand for investment and vacation homes.

Analysts are expecting more bullish reports with regards to the housing market in the United States. This is good news for long suffering US homeowners. They finally see some action in home values after five years of drops in the housing sector.

At a recent residential real estate forum, National Association of Realtors’ chief economist Lawrence Yun said that the nation is experiencing a multiyear housing recovery. He listed several reasons why he came to this conclusion.

He said that stronger employment will lead to buyer interest. Steady job growth and household formation help build up the demand in the housing market.

He also pointed out at the increasing demand of investment and vacation homes. He estimated US existing home sales growth at 5 million in 2013, 5.3 million in 2014, and 5.7 million in 2015.

Home inventories are also low this year. As the demand increases, there will not be enough homes in the market. This would drive the existing home prices to go up more.