US Home Prices in May Reach Highest Level since 2006

Home prices in May increased the most since 2006. This is an indicator that the recovery in residential real estate got some momentum. The S&P/Case-Shiller index of property values increased 12.2 percent from May 2012. This was the largest 12 month gain since March 2006 after it advanced 12.1 percent a month earlier. The average estimate of 31 economists polled by Bloomberg was for a 12.4 percent gain. 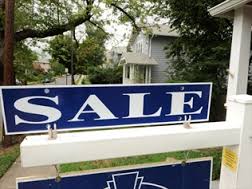 Low borrowing costs, improving job market, and low level of supply have been boosting demand for residential property. These factors increase home prices and in turn improve household finances. Consumer spending, which is the biggest part of the US economy, is seen to go up as well.

Stock index futures held to the gains they got earlier after the report was released. The contract on the Standard & Poor’s 500 Index due in September went up 0.3 percent to 1,686.9. Several companies, such as Aetna and Eastman Chemical Co, increased their estimates for full year profit.

The average estimates of the index reading from a Bloomberg poll ranged from increases of 10 percent to 13 percent. The S&P/Case-Shiller index is based on a three month average. The May reading is influenced by transactions made in March and April. The April reading for year-to-year gain remained unchanged.

Home prices adjusted for seasonal variations increased 1 percent in May from the previous month. This was lower than the 1.7 percent advance in April. The Bloomberg survey called for an average of 1.4 percent increase.

The year-over-year reading that includes records going back to 2001 gives a better indication of price trends. All 20 cities included in the index indicated an increase in year-over-year prices with San Francisco getting the biggest gains with 24.5 percent. Las Vegas came in second with 23.3 percent. New York got the smallest increase with 3.3 percent.