US regulators proposed new food safety rules Friday that would make food processors and farms more accountable for decreasing foodborne illnesses that kill thousands of Americans per year. The new regulations are required by the Food Safety Modernization Act that was signed into law two years ago. 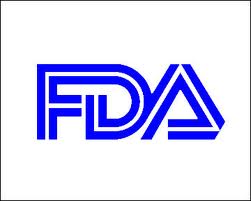 Around one in six Americans suffers from a foodborne illness every year and about 3,000 die according to the FDA. The United States has had several outbreaks from foodborne illnesses connected to E. coli, salmonella, and listeria. Food sickness has been connected to cantaloupe, lettuce, peppers, spinach, and peanuts.

Under the new rules, makers of food to be sold in the United States would have to make a formal plan for preventing their products from causing foodborne illness. This will affect all food makers, whether they are domestic or foreign based facility.

The rule would also require them to have plans for correcting problems that come up. Food companies would be required to document their plans and keep records to verify that they implement their plans. Inspectors will audit the program to enforce the safety standards. This will improve the effectiveness of inspections. Most food processors already have documented food safety plans. The new regulations will require all companies across all commodities.

Another rule proposes safety standard requirements for farms that produce and harvest vegetables and fruits. Farms are now required to meet national standards for the quality of water used for the crops. It is known that water is often a pathway for pathogens.

The new rules will mean added costs for food companies and farms. The FDA will also need more money to retrain inspectors and implement the rules. The Food Safety Modernization Act was the first food safety overhaul to be passed in over 70 years. It was signed into law in January 2011.