US Demand Offset Slowdown in Europe to Give GM Profit

The strong demand for GM vehicles in North America helped the company earn second quarter profit above the estimated $1.2 billion. It offset the problems the company faced in the European car market. The largest US motor manufacturer reported its net revenue gained 4 percent to $39 billion as US customers bought F-Series pick-ups. Chinese consumers purchased Buicks and Cadillac units. 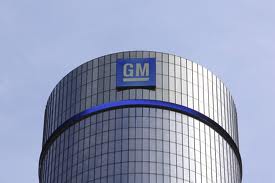 Sales in North America earned GM $12 billion of profit. European operations resulted to loss of $110 million. Chairman and Chief Executive of GM Dan Akerson said that its home market and the China market are priorities of the company. The company’s earnings report could have been more upbeat but the company had to pay for the redesign and launch of its Sierra and Silverado trucks.

Akerson said that the company will continue to perform well in the US and China markets. GM has made some progress with regards to its European business. It also saw steady growth in performance for its global brands Cadillac and Chevrolet.

The GM CEO also said that for the rest of 2013, the company will focus on winning customers with high quality vehicles at attractive prices. GM released its earnings report a day after it rival Ford, which also got above estimate results with an 18.5 percent increase in net income to $1.2 billion. Ford also got losses in Europe, amounting to $1.8 billion that was the same as last year but lower than the estimate of $2 billion.

Ford implemented a restructuring program in Europe that included shutting down three factories and slashing 6,200 jobs. GM and Ford said that they plan to break even in Europe by 2015. Wall Street investors looked like they already accounted for the better than estimate quarterly profit report in GM shares. Its shares dropped 0.75 percent to $26.88.