US Against the $20 Million Severance Package to AMR CEO

The Justice Department publicly announced its opposition to American Airlines’ plan to pay $20 million in severance to Chief Executive Tom Horton as part of the carrier’s merger with US Airways Group Inc. The US trustee’s office, part of the Justice Department that monitors bankruptcy proceedings, said that the payment would violate bankruptcy law. This was according to the court filing in New York. 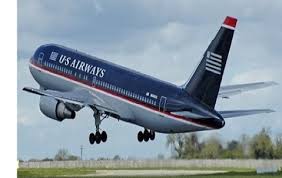 American parent company AMR Corp. tried to get the court’s blessing of the severance under its plan to exit Bankruptcy Court protection with its merger with US Airways. US Bankruptcy Judge Sean Lane in Manhattan denied the payment when he approved the merger deal in March. AMR then filed its reorganization plan.

The government said in a filing that the severance provision for Horton was the reason why the court has not approved the carrier’s bankruptcy plan. Lane is set to consider at a June 4 hearing on whether creditors can vote on the plan. Lane described it as legal fiction because the merged American and US Airways that would make the severance payment can’t happen yet because the merger has not happened yet.

Trustee Tracy Hope Davis said the company’s disclosure statement can’t be approved because it has impermissible payments for reimbursement of legal expenses as well on top of Horton’s payment. According to the filing, AMR must provide more data on the board’s approval process for Horton’s severance as well as for severance deals with other executive officers. Davis had previously objected the deal regarding Horton’s severance pay.

Sean Collins, spokesman for AMR, said that the company didn’t expect creditor voting to be postponed. He didn’t comment on the government’s opposition to the planned severance pay. Under the proposal, Horton would get $9.94 million in cash and $9.94 million in stock once the merger is approved.

Next »
Barrick Gold Corp has mine construction stopped by Chilean Government