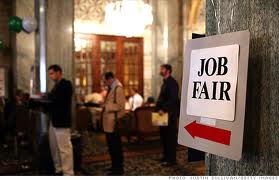 There were less Americans who applied for unemployment benefits last week than the estimate. This showed that companies fired fewer workers as growth cooled in the quarter. Jobless claims declined 12,000 to 334,000 in the week that ended June 8 from 346,000 the previous week.

The average estimate according to 51 economists polled by Bloomberg was at 346,000. The Labor Department said that no states were estimated for the data and they found nothing unusual from it.

Fewer firings meant companies have pared their workforce as much as they can. This places the employers in a position to add more workers if sales improve in the second half of 2013. Payrolls increased more than the estimate last month as automatic federal spending cuts and the higher payroll taxes can hamper the economic expansion.

Retail sales went up more than the estimate in May. Job gains and the lower borrowing costs have encouraged consumers to spend. The data from the Commerce Department indicated an increase of 0.6 percent in purchases, which was the largest in three month. It came after a 0.1 percent gain in April.

Stock index futures got losses earlier in the day. The contract on the Standard & Poor’s 500 Index maturing this month dropped 0.2 percent to 1,607.2 due to speculations that an improving economy could make the Federal Reserve reduce its stimulus program.

The cost of goods imported into the United States dropped in May for the third straight month. This indicated the broad-based declines. The import price index dropped 0.6 percent after the decline of 0.7 percent in the previous month.