Millions of Americans are frustrated of not finding work. Most of them have already given up looking for one. Some young adult had to move back to their parents’ homes. Some parents are also helping out with the college debt of their broods. 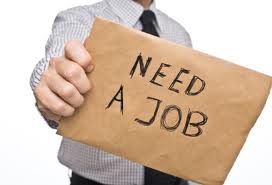 Economists have estimated that around 4 million fewer people are in the labor force compared to December 2007. This was due to the lack of jobs available instead of the normal aging of the population in the United States.

If the discouraged job seekers are still considered in the labor force, the unemployment rate of 8.1 percent in August would have been 10.5 percent. That would be bad news for President Barack Obama’s reelection bid.

Because of the job crisis, the Federal Reserve announced that it would launch another round of bond buying program. The Fed program would continue until the unemployment rate goes down. This has been one of the black spots in President Obama’s campaign.

The labor force participation rate, which is the ratio of working-age Americans who have job or are looking for one, has dropped by 2.5 percentage points since December 2007 to 63.5 percent, which is the lowest level in 31 years.

The economy lost 8.7 million jobs during the recession in 2007 to 2009. But since then, it has managed to recover half of them. Economists said that at least 125,000 new jobs per month are needed to keep the jobless rate steady.

If Americans go back into the labor market once the economy recovers, then more new jobs are needed over a sustained period to reduce the unemployment rate. Last August, companies managed to add 96,000 jobs into the economy.