Twitter might list its shares on the New York Stock Exchange when it goes public. This was seen as a blow to the Nasdaq Stock Market. Getting the high-profile IPO would help the NYSE solidify its allure among new technology companies after playing second fiddle to Nasdaq. 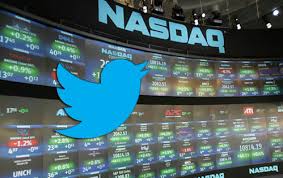 Twitter announced last September 12 that it has filed paperwork to go public. The company didn’t give details of the time frame of the offering. The company filed privately with the Securities and Exchange Commission via a process that would keep its S-1 prospectus away from the public.

The new iMacs came after Apple unveiled the new iPhone models last week. The new products have helped ease investor concerns that the company’s growth has been sluggish. Its shares went up 5 percent after the company said it sold 9 million iPhones during its debut weekend, which is a record.

Apple’s iMac used to be the top-selling product of the company but has been overtaken by the iPad and the iPhone. Its all-in-one format is still a high-profile symbol of Apple’s design.

An analyst from Ciutigroup upgraded Facebook’s stock to a buy and described its growth as sustainable. This led to an increase in its shares to as much as 5.2 percent. They reached $49.66 before it closed at $48.45. This was a new record for the stock that lost half of its value within four months of its IPO last May 2012. The social network’s earnings result in July indicated its ability to make money as users transitioned toward wireless devices.