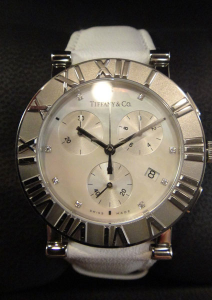 Tiffany & Co. the second largest retail luxury jeweler in the world posted a profit for the first quarter that was higher than estimates from Wall Street analysts. The company also increased its forecast for 2014, as increases in prices helped give sales a boost.

Analysts had projected that the jeweler would have a profit of 78 cents per share.

In March, Tiffany said it would increase the average prices of its products in the single digit percentage wise. The company introduced as well as new products, including pieces in Atlas one of its popular lines.

Revenue was up 13% to end the quarter at $1.01 billion, which topped the $956 million that analysts had estimated. Sales at Tiffany stores opened 13 months or longer were up 11%, which beat the projection of analysts of a gain of 4.8%.

The improvement in sales took place across all regions, suggesting a strong trend to continue improvement, said one analyst on Wall Street.

Profit for this year is estimated to be a high of $4.25 per share which is up from their previous forecast for $41.5 per share, said the company on Wednesday.

The gross margin or the earnings that remain after taking out cost of goods, was up to 58.2% of overall sales from 56.3% at the same time one year ago. Analysts had estimated it would be 57.1%.

Tiffany is second only to Cie. Financiere Richemont in luxury jewelry global sales.