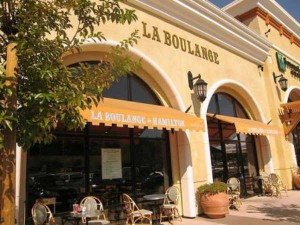 Starbucks has announced that it would be closing all 23 of its La Boulange bakery locations over the next couple of months. The closures include 22 La Boulange retail outlets in San Francisco and one in Los Angeles. Starbucks is also closing two manufacturing plants serving the La Boulange bakery cafes. Pascal Rigo, the French baker who founded La Boulange, will be leaving Starbucks as well.

The company says that the closures were necessary because the stores were not sustainable for its long-term growth. The company expects the closures to be completed by the end of September. Even after the closures, Starbucks will continue to sell La Boulange items at its stores in the U.S. and Canada.

Starbucks has been focusing on the growth of its food business in recent months. The company expects its food sales to grow by roughly $2 billion over the next five years in the U.S. market. Food sales at Starbucks locations have been growing. Food sales increased 16 percent in the second quarter and sales of the company’s breakfast sandwiches increased 35 percent on a year-on-year basis. Starbucks shares have risen about 29 percent this year.

Starbucks also announced the closure of its Evolution Fresh retail location in San Francisco. The company acquired Evolution Fresh, a premium juice company, in 2011 for $30 million.